Terra Electro- one of the best accelerator startups Decenturion

Terra Electro developed and patented a completely new type of electric vehicle with a replaceable portable battery that charges from any 220V outlet. The company has also developed a city network of express stations for battery replacement. Replacing the battery takes only 1 minute, and the nearest station is listed in the mobile application. 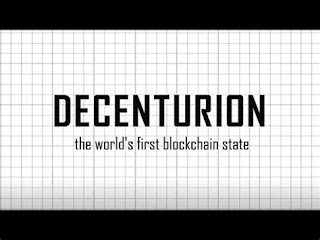 Startup Terra Electro won the first place in the Smart Patent startup competition organized by the Minsk City Executive Committee and the Academy of Sciences of Belarus, was invited to become a resident of the Minsk City Technopark. Andrei Selyukov, CEO of Terra Electro, shared the good news: “We have been eligible for a state grant of one million US dollars for the implementation of the Terra Electro technology.”

At the moment, the company is negotiating with a number of potential investors in order to obtain working capital. And the withdrawal of dividends from the company to investors will not be taxed, which is 13 percent savings. The High-Tech Park also works under British law, which is an important component for Western and Singaporean investors.

As Andrei Selyukov explained, the technopark will be a place for registration. Andrei Selyukov has already received Estonian e-citizenship, which allows you to remotely open a subsidiary in Estonia, which will be engaged in the production, assembly and sale of goods in the European Union. The opening of the company for the European market is planned in January-February 2019. In Estonia, as well as in Belarus, there are preferences for foreign companies, i.e. when registering a company in Estonia and delivering goods for export to the European Union, the company is exempt from VAT and income tax, which is approximately 35 percent of the savings.

Currently, the holding is legally registered in the Republic of Belarus, but there are already several platforms for the project to be launched. Considered several sources of investment.The CEO of the company was invited to the Minsk Forum, where a business meeting with a representative of the Belarus-EU Business Council took place. The task of the Council is to assist Belarusian enterprises in entering the European market, and the organization is funded by the European Union. The main office of the Council is located in Brussels, with headquarters in Kiev, Minsk, Moscow, Singapore, Estonia.

FLOGmall is an e-commerce platform created for sellers and buyers around the world who sell and buy goods and services for cryptocurrency. As a payment, the Mallcoin own cryptocurrency (MLC) was introduced on the site. FLOGmall Startup is already hosted on the Decenturion platform and distributed DMLC tokens among the citizens of the State! 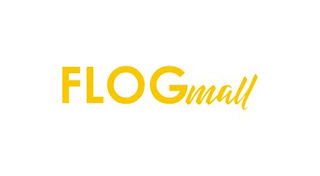 FLOGmall team is pleased to announce great news: Coin Achain (ACT) has become the official currency to pay for purchases on the FLOGmall Store platform! In the official FLOGmall Store, more than 10,000 products are posted, and only until December 31, 2018 (inclusive) there is a promotion: if you pay for purchases with Achain coin, you will receive a 10% cashback in the form of Mallcoin tokens (MLC) as a bonus.

Achain is a blockchain-based public platform that allows developers of all levels to issue tokens, create smart contracts, decentralized applications and blockchain systems. Achain supports the principle of creating a blockchain-based global network for information exchange and securities transactions.

The cost of the cochin Achain (ACT) is $ 0.01, and it occupies 295 place in the CoinMarketCap cryptocurrency rating.

Another good news: FLOGmall promotion from the SIU-HING shop! Buying a branded backpack or bag for MLC tokens until December 31 (inclusive), you will receive a discount of 30% + free shipping!

If you have never bought goods for cryptocurrency, but you have MallCoin tokens (MLC) and you do not know how to spend them? Hurry up to us! You have a unique opportunity to purchase any product at FLOGmall.com! Make a purchase and tell everyone about it!

The FLOGmall team is pleased to welcome everyone on its platform and is ready to regularly inform you about the most interesting offers and promotions.

Travel With me is expanding - Decenturion News

On January 14, 2019, Alex Bendecido, a Mass Media Officer, interviewed Kirill Belov, the Counselor of the Ministry of Strategic Development in the Decenturion State. Kirill Belov is also a curator of a Travel With Me (TWM) startup of Decenturion. As of today, the TWM startup is the only startup that accepts its tokens for franchise payments. They have good traffic; people buy the franchise and have already shown the first job performance. 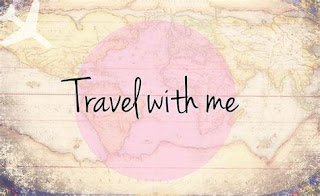 - a franchise cost is $ 88 but, when you pay with the startup tokens, its price is reduced by twice. This unique offer is designed specifically for citizens of Decenturion.
- the franchise owner receives his own travel agency, an Internet site where he can book tours, hotels, cruises for himself and for others.

On January 15, curators of the Travel With Me startup began training “How to make money in tourism”. Everyone interested is invited to travel and earn! More information here: https://web.telegram.org/#/im?p=@TravelWithMe_DC

The Counsel noted that about seven existing companies, existing projects in the Accelerator are ready to enter the Decenturion state. In addition, a number of companies are ready to get to the state with the current product that will be of interest to state citizens.

A State Fee was implemented. If a Decenturion citizen sells citizenship, 10 percent of his/her express price is charged to the state. At the same time, 10% of the amount is not a tax collected from the citizens, it is just an extra payment that a new citizen pays. This amount will be intended for national development. A person who buys the citizenship through a citizen's landing page pays the amount below than the official price is.

At the end of 2018, Mastercard and Visa bank cards were connected. Now you can pay for citizenship with a card. It has become much more convenient for many people who wish to become citizens of Decenturion. The merchant was a “stumbling block”, not everyone was willing to pay with cryptocurrency, so the traffic did not catch up on it that was the fundamental issue. However, today this issue has been resolved. High expectations are connected with the merchant for this year 2019.

Decenturion is the world's first decentralized state on blockchain. You do not pay taxes to the state! Companies that enter the state pay its citizens. 30 million citizens are maximum as only 30 million tokens were released and they will eventually be citizens and passports!

For more information go to Decenturion
Posted by mashma at 10:49 AM No comments:

I have been talking a lot of the opportunity offered by Decenturion to monetise writing expertise. In itself, Decenturion is the first borderless state or nation or country, with its own government. What a life changing innovation. Anyone around the world can become a citizen. This write up is not about what Decenturion is. It is about how writers can monetise their talents. Decenturion wants almost all people of the world to know about its existence. Thus it is paying writers to post articles and videos in social media, blogs and websites. The opportunity is there for any serious-minded writers. It is a great starting point for budding writers who have failed to break it big into the writing business before since they get training in translation, proofreading and article writing, social media marketing and many more The main aspects required to be successful include, access to the internet, a computer and social network presence. Article writing and video making skills offer serious advantages. People write in their local languages.

There has been a rise in unemployment, which resulted from automation and other technologies. The solution to the problem of technological unemployment lies in internet-based employment. We have countries that have harnessed this as a solution and they are doing very well. Countries like Pakistan, India, United States of America, Kenya and Nigeria. They have set the pace and they have already taken the greater chunk of the cake.

Some people have made it big at Decenturion, racking in more than $1000 per month. This is an ordinary type of work. If you devote to work for 8 hours a day, you will earn enough for survival.

Get your updates on telegram Join the group CryptoSocial
Posted by mashma at 4:17 AM No comments: